THE CIVIL AVIATION AUTHORITY OF NEW ZEALAND Establishment as a Crown entity The CAA was established in 1992. It is a Crown entity in terms of the Public Finance Act 1989 and is subject to the financial reporting requirements in Part V of that Act. Statutory functions The principal objective of the CAA — derived from one of the Minister’s objectives — is to undertake its safety, security, and other functions in a way that contributes to the aim of achieving an integrated, safe, responsive, and sustainable transport system. In support of its objective the CAA has a number of specific statutory functions listed in the Civil Aviation Act 1990.

The Authority Governance of the CAA is vested in the Authority, a five member ‘Board’ reporting directly to the Minister of Transport. Neither the Director of Civil Aviation nor any other CAA employee may be a member of the Authority, nor may any person concurrently holding any office or appointment under the Transport Accident Investigation Commission Act 1990.

Chief Executive/Director of Civil Aviation The Authority is required from time to time to appoint a Chief Executive, to be known as the Director of Civil Aviation. The Director has overall responsibility for day-to-day management of the CAA and a wide range of more technical responsibilities conferred on the position both directly under legislation and by delegation from the Authority. Director’s statutory functions The Director’s direct statutory functions include:

• exercising control over the entry of individuals and organisations into the civil aviation system by granting aviation documents; and

• taking appropriate enforcement action in the public interest, including the carrying out of inspections and audits. The Civil Aviation Act states that the Director must act independently and is not responsible to the Minister or the Authority in respect of any particular case relating to the above
functions.

Delegated functions The Authority and the Director exercise functions and powers delegated by the Minister, including those related to the Crown’s obligations as a Contracting State to the International Civil Aviation Organisation (ICAO). Civil Aviation Authority of New Zealand 6 Aviation Security The Authority is responsible for governance of the New Zealand Aviation Security Service. You will receive a separate brief from the General Manager of the Service on its functions and responsibilities.

The Crown pays the CAA for the services it provides to Government. Direct Crown funding currently comprises seven percent of total CAA revenue and a further five percent is paid through the Ministry of Transport for Civil Aviation Rules development. The remainder of the CAA’s annual funding is obtained from the aviation industry in the form of regulated fees and charges for specific services, and levies for activities related to the industry as a whole. Staffing The current maximum number of CAA staff permitted within budget limits is 181, with 171 “Full Time Equivalent” (FTE) staff currently employed. Quality management The CAA is certificated by Bureau Veritas Quality International to ISO 9001:2000 as a quality assured supplier. ACCOUNTABILITY TO THE MINISTER Legislation requires the Authority to provide certain reports and other information to the Minister, including: 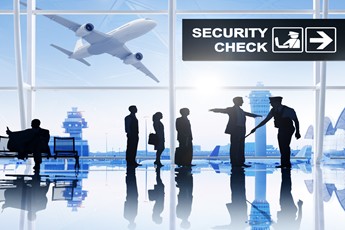 On 19 December 2005 Air New Zealand announced the re-organisation of one of its business units – Air New Zealand Engineering Services (ANZES) – with a resultant reduction of approximately 320 staff. The re-organisation removes the aero-engine overhaul capability at its Auckland facilities and some of the ‘heavy’ maintenance capability. Air New Zealand Engineering Services will retain the ability to conduct ‘heavy’ maintenance on the Boeing B747 and B737 and a limited capability for the B767 and B777 aircraft. ANZES management and organisational structure changes bring the company back into Air New Zealand as a Technical Operations organisation that provides maintenance services to the airline. The changes are major and are having a significant effect on the CAA’s monitoring and certification activities over the transition period. The transitional plan for the changes will be reviewed and accepted by the CAA prior to implementation. ANZES also holds a number of certificates issued by other regulatory authorities, eg, the Civil Aviation Safety Authority Australia, the European Aviation Safety Agency, and the United States Federal Aviation Administration. The scope of these certificates will be
affected by the changes.

The CAA and ANZES management teams have adopted a project and risk management approach to these tasks and are holding regular meetings to ensure that the oversight measures are effective and timely. Current oversight arrangements are:

(a) the previous scheduled audit programme has been cancelled and a new programme established to include only the areas unaffected by the changes;

(b) special purpose audits have been arranged to ensure close monitoring of the areas affected during the transition period; and

(c) certification activity has been increased to provide timely implementation of the changes. Air New Zealand management review and reduction Air New Zealand announced in early February that the company is conducting a major review and reduction of its management staff, co-incidental with the review of ANZES and heavy maintenance. The 470 management staff members who may be affected by this review come from all areas of the airline. The CAA will maintain full oversight and give prior
approval of all proposed changes.